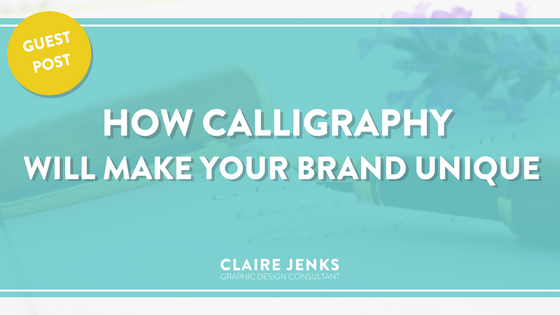 Calligraphy is enjoying a surge in popularity at the moment.

A quick search on Instagram for calligraphy at the time of writing this brought up 5,114,101 posts on the topic!

Social media is awash with calligraphers and lettering artists sharing their skills and inspiring others with hypnotic videos and on point photography. 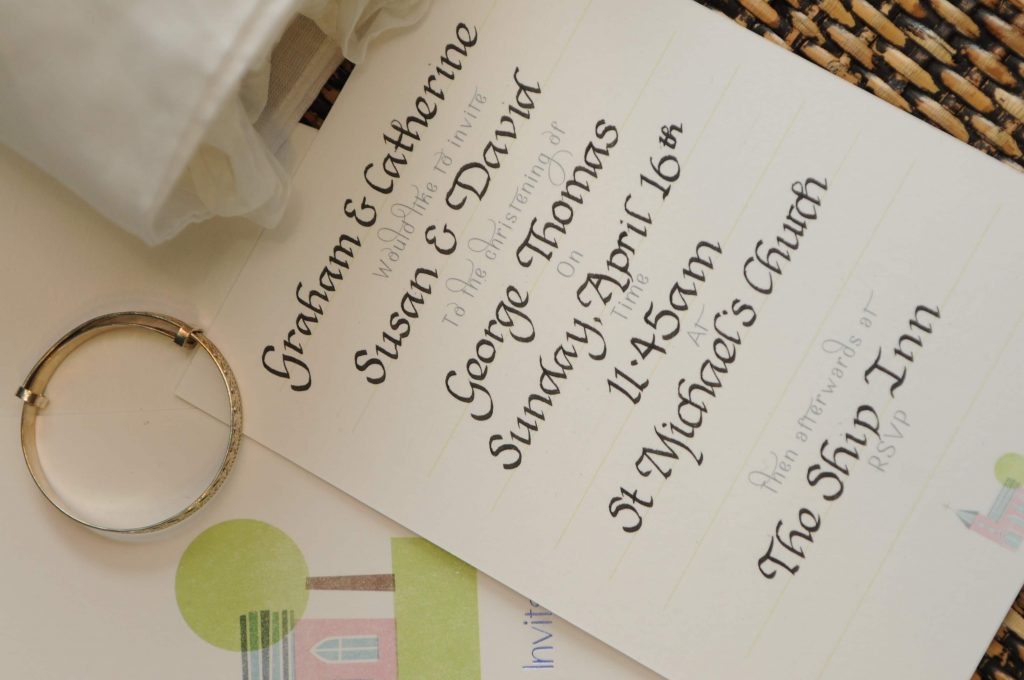 It’s a back-to-basics movement that was last championed by the likes of John Ruskin and William Morris, during the Arts and Crafts Movement of the late 19th century.  Back then, it was a backlash against the industrial revolution.

Today, it’s in response to the amount of time we spend in front of screens and keyboards.  Calligraphy has been updated for the 21st century with the introduction of modern calligraphy and contemporary brush lettering.

Businesses are cottoning on to the trend when it comes to their branding.

We have used calligraphy as a form of communication in the west ever since the Romans introduced the Latin alphabet in 600BC.

From the coffee cups in McDonalds to the window displays in Next, calligraphy has become an increasingly common sight in logos and advertising.  Of course, these are created with digital typefaces and fonts, not nib and ink! But the style and appeal of calligraphy is still there. 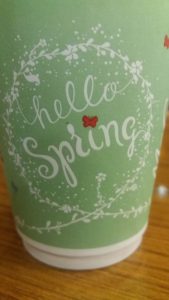 Did you know that one of the most recognisable typefaces in the world was designed by a calligrapher?  Edward Johnston is responsible for the Johnston sans-serif typeface used on the London Underground, having been commissioned as part of plans to strengthen the corporate identity of the then Underground Electric Railways Company of London.  The London Underground updated their logo last year to mark the 100th anniversary of its introduction. That’s 100 years of being part of the branding of the Tube.

I have been commissioned for some branding projects myself, most recently by Amy Purdie from Embellish, which runs a papercutting template subscription service.  Amy asked me to write a Happy New Year greeting, which I did with a brush and ink in the colour palette she was using for her January box. 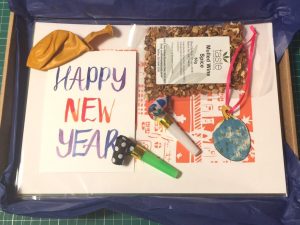 Why calligraphy can be part of your branding

I have sent calligraphy gifts as part of my branding, although the original intentions were just to say thank you and to bring a smile to someone’s face.

After Nicola Little, from We Are Sparkle, gave up an hour of her time to talk me through some social media tactics, I created a handwritten card to thank her. 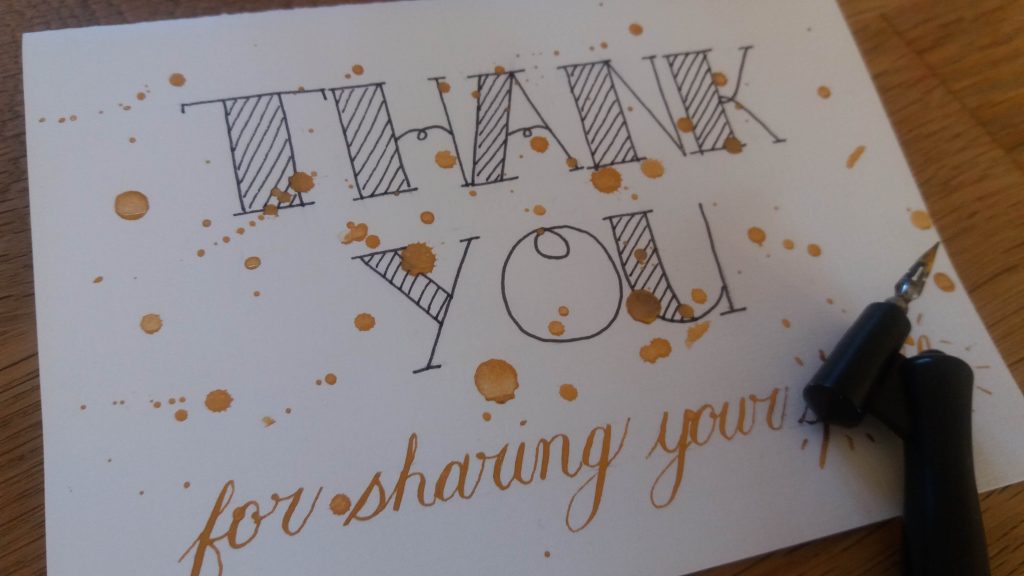 I also wrote a quote from a Train song for Michelle Rose, from Custard and Bear, after discovering its significance for her and her husband.  It was only afterwards that they both informed me it was very clever marketing!

They both shared my work on their social media channels.

Nicola even wrote a blog that mentioned how happy the card had made her feel, saying it was:

Michelle, meanwhile, was not afraid to admit the surprise discovery of the post made her cry happy tears. This was mainly because of the handwritten quote being among the usual business-related post. Michelle said:

“I was touched beyond measure”

I’d like to think that pushing those emotional buttons is part of my branding. Of course, this goes far beyond simply creating a logo for your business.

It’s about your overall image and the experience people have when they come into contact with you.

I recently submitted an interview about my love of all things handwritten for Inkpact and I can’t wait to see it on their blog.

The London-based company specialises in handwritten communication for businesses. Their aim is to help businesses make a human connection with customers.

Its snail mail campaigns boast a 99 per cent open rate. When was the last time an e-mail campaign did that for you?

I often think about this quote by Maya Angelou when I am working. It is particularly meaningful when it comes to wedding stationery and other sentimental commissions. 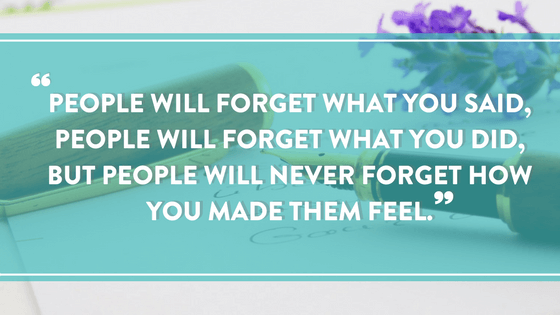 We live in a crazy busy world, dominated by e-mail, text messages and various smartphone apps. Taking the time to sit down and write something for someone shows a great deal of thought, care and attention.

And they’re the right sort of brand values you want to project to your customers. 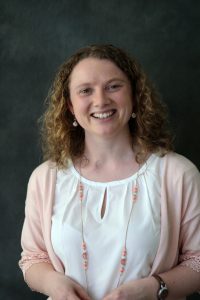 Angela Reed is the owner of Creative Calligraphy, which offers a bespoke calligraphy service for weddings and events, commissions and workshops. Angela was introduced to the art of beautiful writing by her art teacher at secondary school. She turned her hobby into a business in May 2014, having previously worked for 13 years as a journalist. She lives in South Shields with her husband and two children.

This website uses cookies to analyse traffic and enhance your user experience. By using this site, you agree to it's use of cookies on your device. For more information, please read ourPrivacy Policy Accept

This website uses cookies to improve your experience while you navigate through the website. Out of these, the cookies that are categorized as necessary are stored on your browser as they are essential for the working of basic functionalities of the website. We also use third-party cookies that help us analyze and understand how you use this website. These cookies will be stored in your browser only with your consent. You also have the option to opt-out of these cookies. But opting out of some of these cookies may affect your browsing experience.
Necessary Always Enabled
Necessary cookies are absolutely essential for the website to function properly. This category only includes cookies that ensures basic functionalities and security features of the website. These cookies do not store any personal information.
Non-necessary
Any cookies that may not be particularly necessary for the website to function and is used specifically to collect user personal data via analytics, ads, other embedded contents are termed as non-necessary cookies. It is mandatory to procure user consent prior to running these cookies on your website.
SAVE & ACCEPT
Scroll To Top